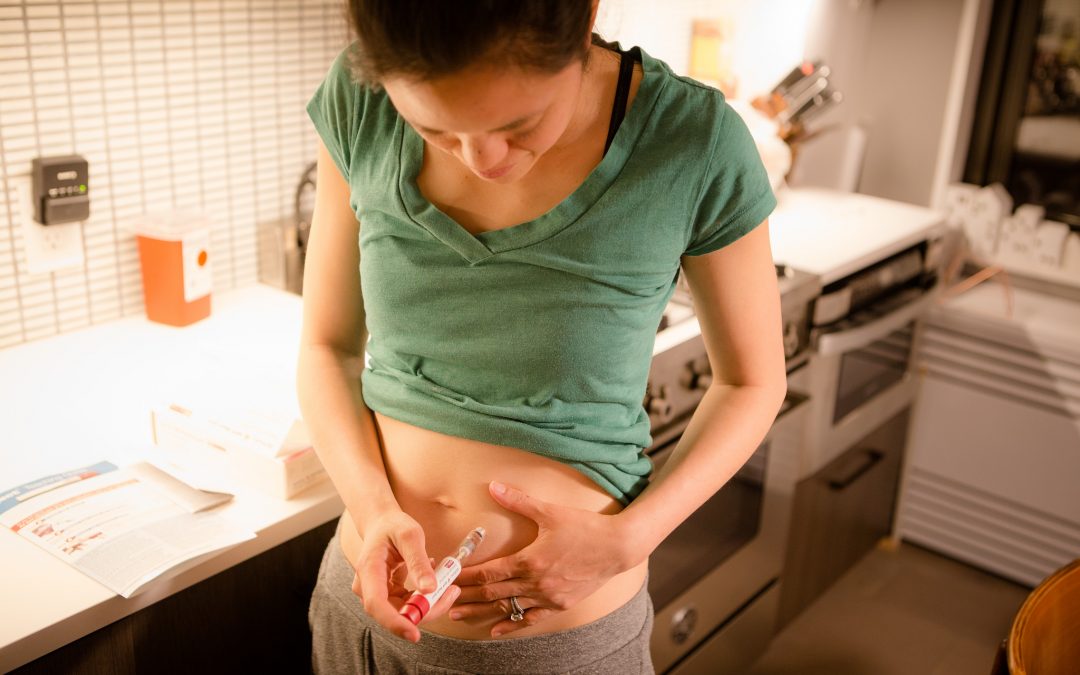 The evening has arrived for the first set of shots.  I am surprisingly more nervous and emotional than I thought I would be (and no, it’s not the medication (yet!) although, I am on the estrogen patch  😉 .. ).  The needles are also longer than I remembered them to be! Going in to this, I had the mind set that the needles and the medication would not be a big deal for me since I had done it 3+ times before (if you include IUI cycles), it would be the emotional aspect which would be the hardest.    I was mistaken.  Yesterday, the though of having to do the injections and all the meds again made me so nervous, I had to lay down.  I just kept saying to myself .. I can do this.  I can do this…   I realized I had blocked a lot of the process out of my mind since having my daughter T.  Part of me probably wanted to never have to deal with it again and blocking everything that went into it was the best way. Well, it’s definitely not the best way and secondly, so many women do this every day without saying a word to anyone else about it.  This has just reminded me how strong we are and to always think twice before I say something because you just never know what is going on behind the scenes.

The formal description for menopur.

MENOPUR® is a prescription medicine that contains hormones. MENOPUR contains follicle stimulating hormone and luteinizing hormone activity. These hormones stimulate healthy ovaries to make eggs. MENOPUR is used for women who need medical help to get pregnant. Your doctor may prescribe more than one medicine as part of a pregnancy plan.

The most common side effects of MENOPUR include:

These are not all the possible side effects of MENOPUR. For more information, ask your healthcare provider or pharmacist.

Now that the formal description is out of the way, I will go over how we use it.  Menopur comes in these small vials seen below.  They are vials of powder which is the actual medicine accompanied by vials of liquid to mix the medicine with.  Unlike Gonal-F, which requires no mixing, menopur has a series of steps before being able to inject the medicine. 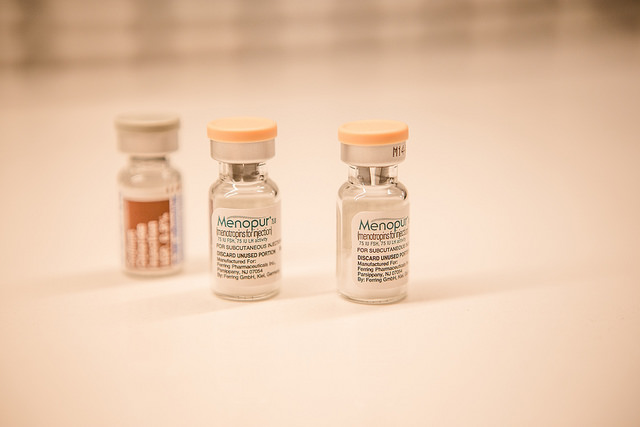 In the past Matt always did the mixing and I would inject myself.  Everyone has their own preferences, but for me, I prefer to inject myself with the exception of the larger needles that have to go in the behind (ie: the trigger shot).  I was happy for Matt to take over the job of mixing and preparing the shot.  I find that it is also helps me feel like he is more involved in the process by having him take over an important role and trusting him to do an important task. 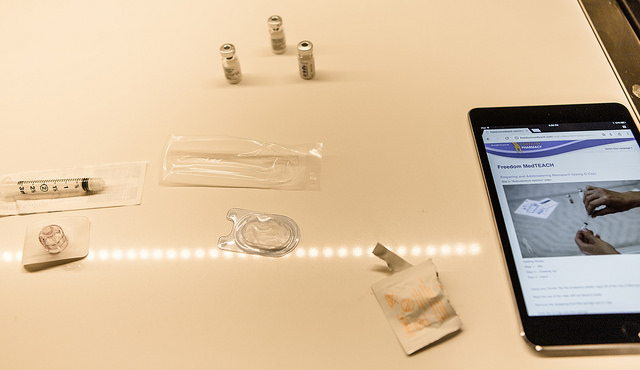 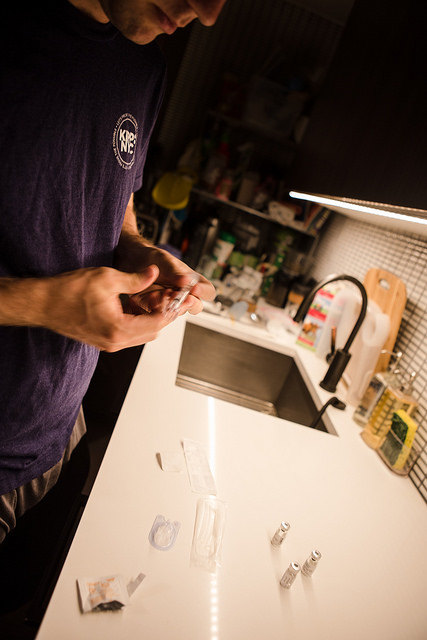 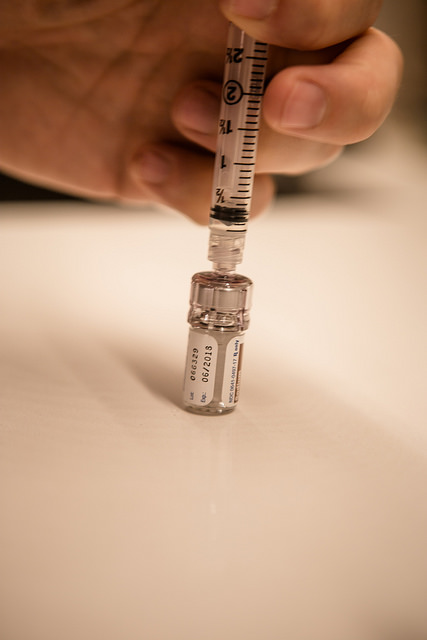 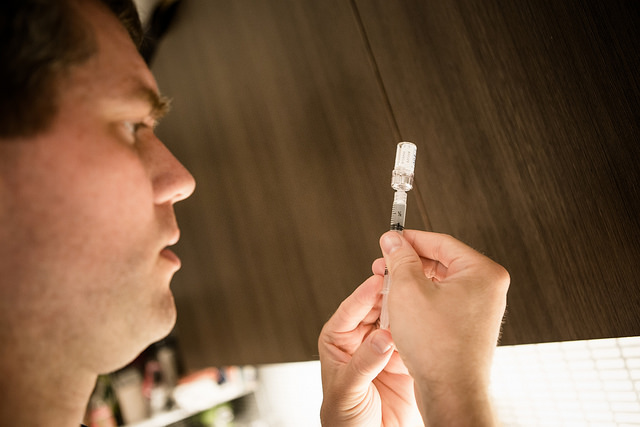 For information and instructions on how to prepare and administer the medication, we viewed videos from Freedom Fertility that we found extremely helpful.  (They did not have these videos 2 years ago, it’s a great addition).  Below is the video on how to administer menopur:

The formal description for Gonal-F.

Gonal-F (follitropin alfa) Injection is a naturally occurring hormone used to stimulate a follicle (egg) to develop and mature. Gonal-F is used when a woman desires pregnancy and her ovaries can produce a follicle but hormonal stimulation is not sufficient to make the follicle mature. Follicle stimulating hormone (FSH) is also used to stimulate the development of multiple eggs for in vitro fertilization. FSH can be used by men to increase the production of sperm.

Common side effects of Gonal-F include:

Tell your doctor if you have unlikely but serious side effects of Gonal-F including:

That’s a long list of side effects!  gah!  I mentioned before in my FB Live video on medications that Gonal-F was my favorite one.  Why?  It is because it is easy to use (no mixing involved) and relatively painless compared to other needles. 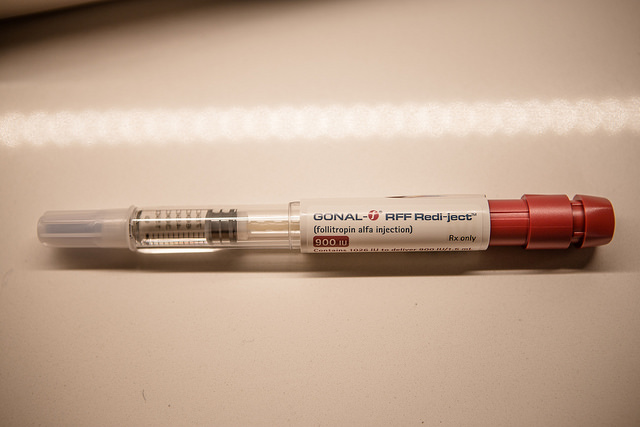 The Gonal-F pen has a dial that you dial in to the exact dosage that you need and then you attach the needle on the end of the pen.  Here is the educational video to demonstrate how it is done (from Freedom Fertility): 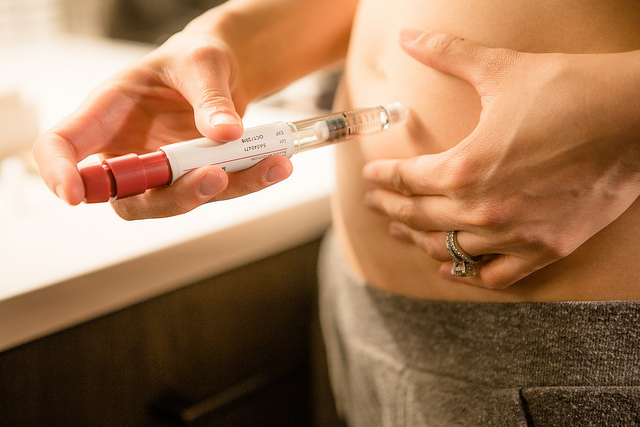 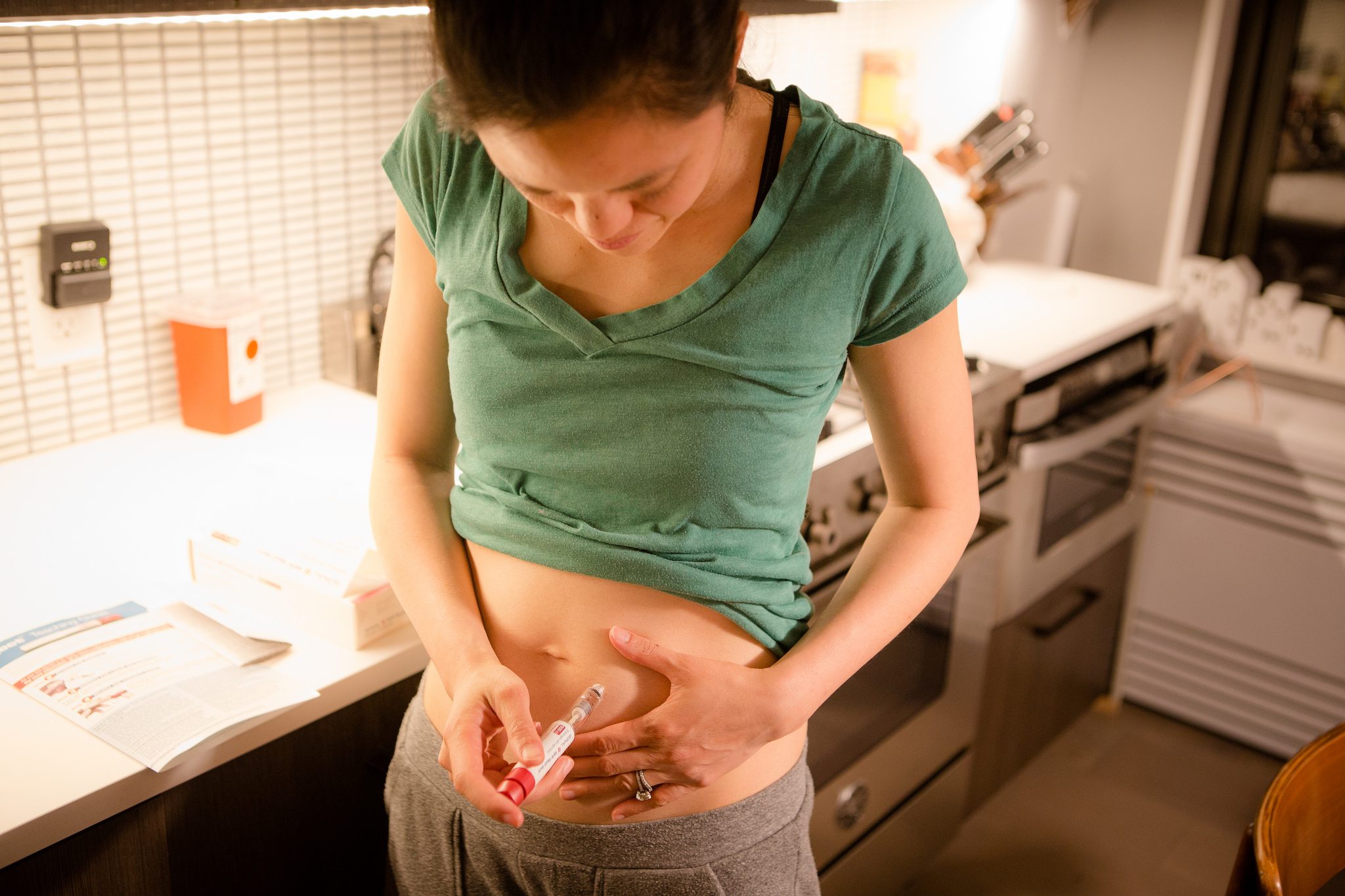 Lastly, I need to make sure to track which side I put the injection in because I will be alternating every evening.  I do not want to lose track and inject the same side multiple nights in a row!  Gonal-F comes with this handy little tracker that we used in the past and we are using it again now. 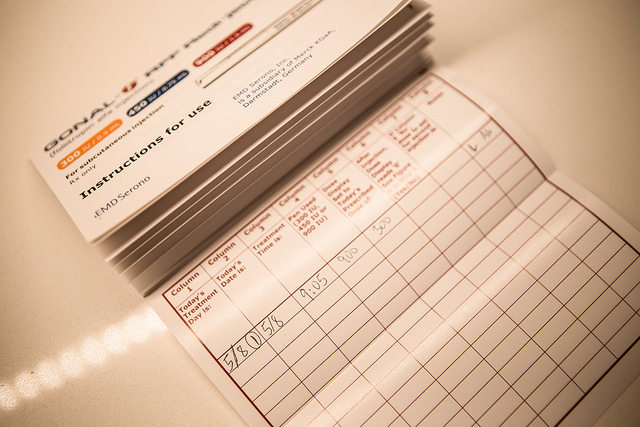 See below to see my FB Live feed – where i do the nightly shots live.

Are you on an all-consuming emotional fertility rollercoaster?

Endlessly trying and waiting for …

You are not alone.

Infertility is heartbreaking, exhausting, and lonely.

I know because I’ve been there.

I’m Jasmine. After struggling for six years with TTC, I finally figured out how to get off that emotional rollercoaster. This led me to become pregnant within months of being told I had less than a 1% chance.

I share how I did it and more in my FREE Training:

Get instant access now and take control of your fertility journey.