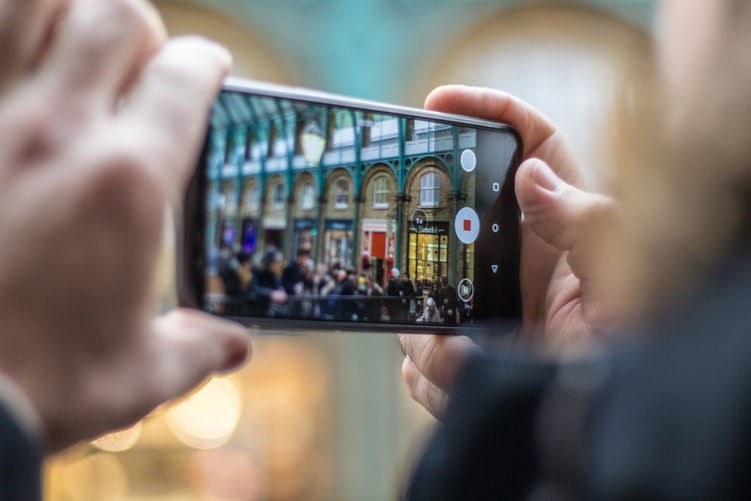 Some photos are so thoughtfully composed that you can’t help but admire how each element makes the entire image so compelling! You don’t have to be a pro photographer to create beautiful images, you just need a keen eye for detail to make every picture stand out. That’s why it’s important to learn the basics of composition in photography! Don’t worry, the concept is not complicated at all. In today’s photography tips for moms, we’re talking about simple and practical ways to create a well-composed image:

Before we go through the photography tips for moms, let’s define composition first. In photography, composition refers to the arrangement of objects and elements relative to each other in the final image.

To create a compelling image, you have to think about the relationships between the elements in a photograph, how these objects tie up together to create one beautiful image. The goal is to highlight parts of the image that you want to viewer to notice while also giving the final image an overall feeling of balance. To do that, you have to be mindful of:

There are many ways to improve the composition of an image using your smartphone camera. You can zoom in and out, play with different angles, or experiment with different light effects. You can be as adventurous as you want when it comes to composition because the smallest tweak can do a world of difference to the final image. Now that you know what composition is and the role it plays in creating better images, consider the following photography tips for moms:

If you’re into photography then you are probably familiar with the Rule of Thirds. This is a fundamental composition rule that involves dividing a scene into three horizontal sections and three vertical sections, like a tic-tac-toe grid. To create a stronger, more compelling image, visualize a tic-tac-toe grid on the scene. The grid has two lines running from top to bottom then another line that runs horizontally from left to right. Now, focus on the intersecting lines and place your main subjects on the points where the lines intersect.

This technique helps you create empty spaces that draw the viewer’s eye to the main subject and wean yourself off the habit of putting the main subject on the center of the frame by default. If you’re having a hard time visualizing the grid, most smartphones come with a feature that divides the scene into a grid automatically. You can use that first and once you get the hang of it, you’ll be snapping better pictures without enabling the grid setting. 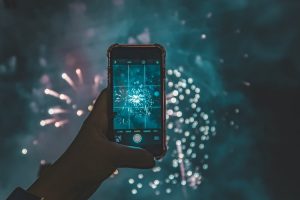 This is similar to the rule of thirds but instead of visualizing a grid; imagine a spiral or a snail’s shell. Put your main subject in the smallest part of the spiral. This technique, which is also known as “Fibonacci Spiral'” has been applied in architecture (ancient Greece) for over 2,400 years. The golden ratio was also used in Renaissance art and other forms of art throughout the years.

This technique is meant to draw the viewer’s eye on the most important elements of an image using paths, walls, fences, or any structure that create a line. The lines do not have to be straight; they could be curvy, zigzag, diagonal, etc., A road, whether curvy or straight, is a great spot for trying out this technique. Start at one end of the shot then to the end of the road in the opposite direction. This pulls the eye through the scene because the eye is naturally drawn to, you guessed it, the line. Apart from physical lines, shadows and shapes could be used to add depth to the shot. 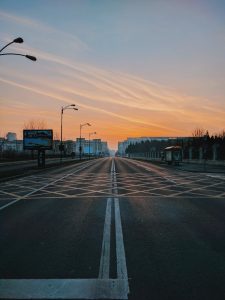 Adding details in the foreground, middle ground and background in one image help convey depth in a 2-dimensional image. These details make the image more interesting because the image does not look flat or dull. When conveying depth, be sure to use elements that complement each other. You have to consider the size of the objects, the placement, the color, and so on otherwise, the balance will be off. Another great trick to convey depth involves overlapping one object with another, obscuring small parts of one object deliberately. 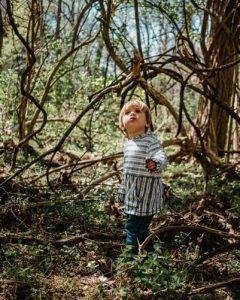 This technique involves isolating the main subject from an otherwise busy background so the composition of the image is more focused. Holes, trees, archways, windows, overhanging branches, these “frames” help draw the eyes to the main point of interest. The “frame” doesn’t have to surround the entire scene and even a partial view of it adds depth to the image.

And there you have it mommies and daddies, some of simplest and most widely used photography techniques that are sure to make your smartphone pictures even better! Love these photography tips for moms? I’ve got more to show you once you’ve signed up for our mailing list.