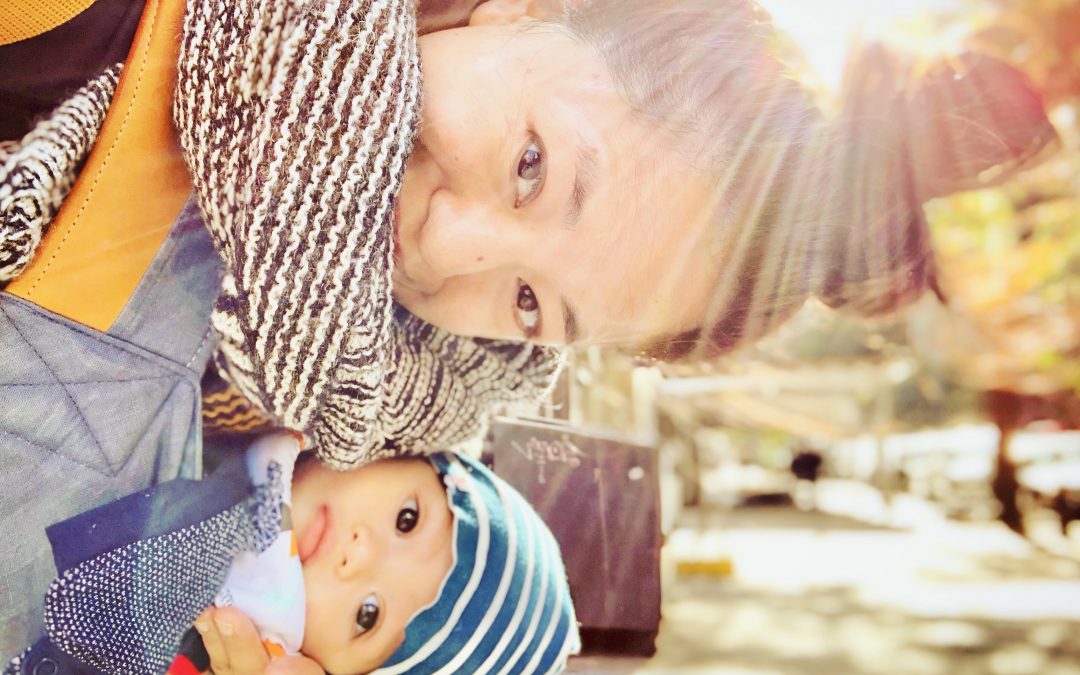 Lens flare is a pretty controversial subject in photography, some treat it as an imperfection, others use it to enhance an image. The thing with lens flare is that it’s so hard to control and if you go overboard with it, it will dominate the photograph. That’s why you have to control how much of the lighting hits the lenses so you don’t end up with a dim image. In this guide, let’s talk more about lens flare, how to create one, how to use it creatively to make your images pop as well as child photography ideas that you can try with lens flare:

What us a Lens Flare?

Lens flare occurs when a stray ray of light hits and bounce around the inside of a camera lens. This happens regardless if you’re using a DSLR or a smartphone camera. As the ray of light enters the camera lens, it creates streaks of light that cause over-exposure, low contrast and reduced saturation to the image.  This is the reason why lens flare is often avoided or minimized.

A traditional camera would need a lens hood to avoid lens flare but with a camera smartphone, there are tricks to avoid lens flare from ruining an image. Or, you can do what I do, I use lens flare to add warmth and artistic detail to the image. Under the right circumstances, lens flare gives an image an ethereal, almost dream-like element.

You can download an app to fake a lens flare or create your own the old-fashioned way, shooting using your smartphone camera: 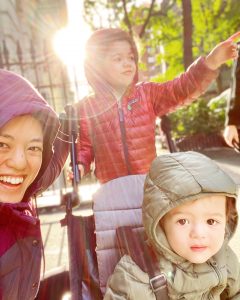 Because lens flare tends to cause over-exposure, you have to be mindful of the light’s direction before taking a shot.

To create a lens flare effect, if you are shooting outdoors, do so at a time when the sun is lower in the sky – I suggest early in the morning or late in the afternoon. You can shoot indoors as long as there is a spot that’s flooded with light.

Aim your camera lower so that the sun comes in from the top edge of the image. Never shoot directly into the sun or you risk ruining your camera sensors and your eyesight! By aiming the smartphone camera lower, you are minimizing the risk of damage to your eyes and camera.

Getting Creative with Lens Flare

Now the fun part, getting creative with lens flare! Here are child photography ideas to try using a lens flare:

Shoot Into the Sun

Shooting in the sun is the fastest way to create lens flare. But you have to use the manual mode if you don’t want the subject to become a silhouette when trying this technique. You can add the exposure yourself this way. Be mindful of how much light enters the frame, the sunlight should hit the lens at the right angle so that the image won’t be over-exposed. Shooting the kids in the playground, in the park, on a soccer field or the beach then adding the lens flare will help convey the excitement of the moment.

PRO TIP: Don’t forget to tap the main subject on your screen. The camera sensors will have a hard time finding the right point of focus. Tapping the screen before taking a shot sharpens the main subject. 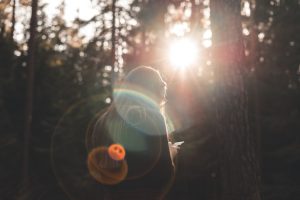 Lens flare causes more light to enter the camera lens so the subject will appear darker or dim, like a silhouette. If this is what you’re going for, set your subject in front of you, their back should be against the light source. As the light hits the back of your subject, it creates a backlit effect that turns your main subject into a silhouette.  This technique adds a touch of drama and a deep sense of mystery to the image.

Partially blocking the lens flare on purpose gives the image a mysterious, almost magical vibe. This technique can be achieved indoors or outdoors using natural or artificial lighting. If you are shooting outdoors, aim the camera right into the source of light but be sure that the other elements in the frame are blocking the light partially. If you are shooting indoors, look for a spot that’s flooded with a ray of light, like a window. Set your subject near the light and then shoot at an angle so that the lens flare is partially blocked.

PRO TIP: You can use your smartphone camera’s flash to create a unique lens flare with no sun. I suggest playing with different camera setups to create the most natural-looking lens flare while shooting as opposed to adding the lens flare later.

Shoot at an Angle

The time of the day is just as important as getting the right angle when you’re experimenting with lens flare. It will be much easier to shoot during the mornings or evenings because you don’t have to shoot low on the ground to get a clear shot of the subject. If you don’t mind shooting low to the ground then I suggest starting your midday shoot at around 11 am or 2 pm.

PRO TIP: Remember the rule of thirds when shooting at an angle to create an interesting image! 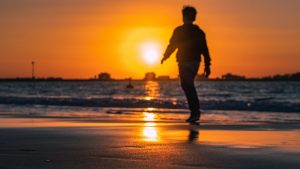 Found these child photography ideas helpful? I’ve got more tips to share! Sign up for my free baby photography guide and discover the one trick that will easily make any photo you take even better.