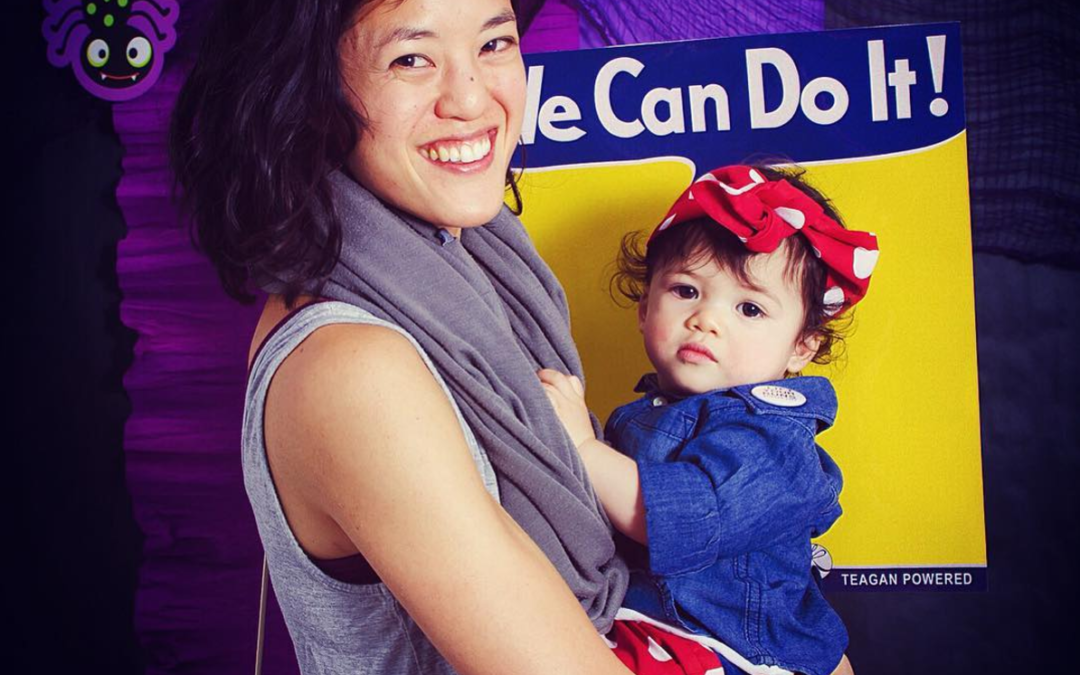 Honestly, I didn’t spend as much time as I should have brainstorming ideas.  I was short on time and did start just looking on amazon for already made monkey costumes.

At one point, I was thinking of being the empire state building and Teagan being king kong – pretty awesome right? 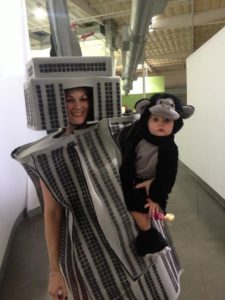 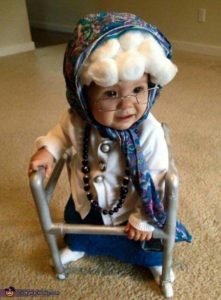 I actually thought this picture could be Teagan!

In the end, we decided with everything going on in politics and the world – we would go for woman power .. and thus Rosie the Riveter was the winner!  That and it was fairly easy and economical to create – #kidmnml #costmnml and #timemnml!! 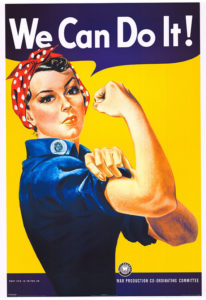 My mom was awesome and helped me make the pants (actually the pants were not in the original plan, but we had extra fabric and my mom suggested that we should.. and I thought, why not!) 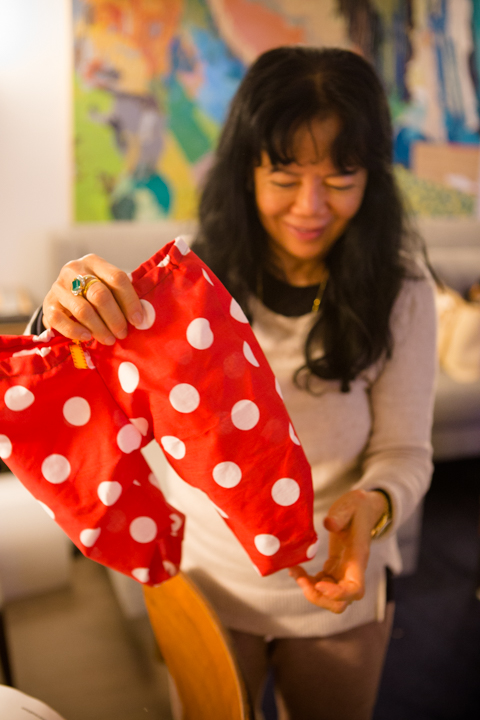 I love that my mom is creative and likes creating things like I do.  We spent the night while Teagan was asleep making her costume, I made the headband while my mom made her pants.  It was a very sweet moment .. 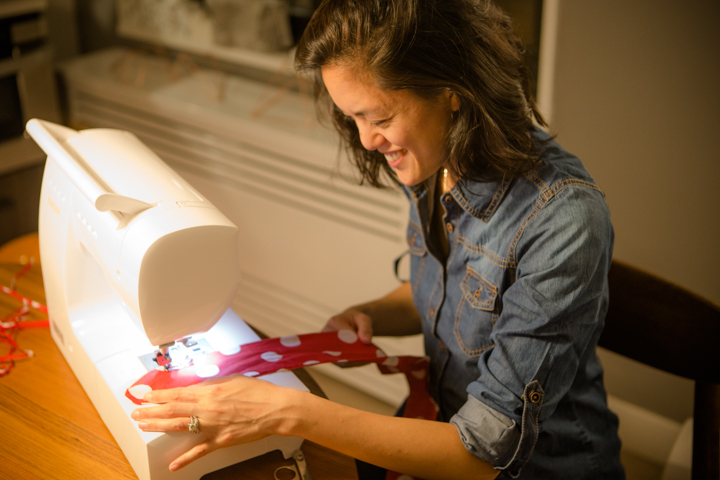 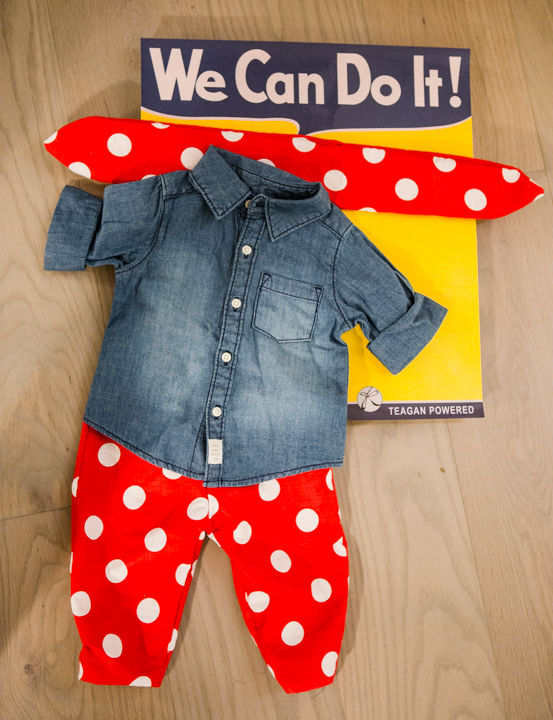 What are the chances Teagan keeps both the headband and tolerates that board behind her? 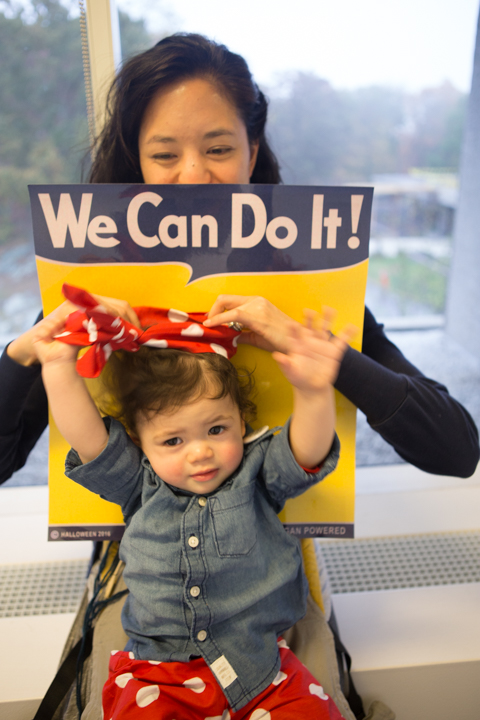 There goes the headband! 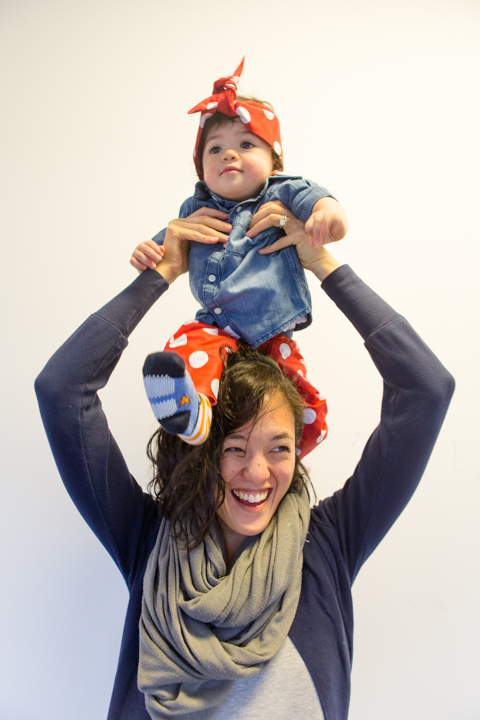 trying to make a run for it while on my head! (not the best way to run away T …) 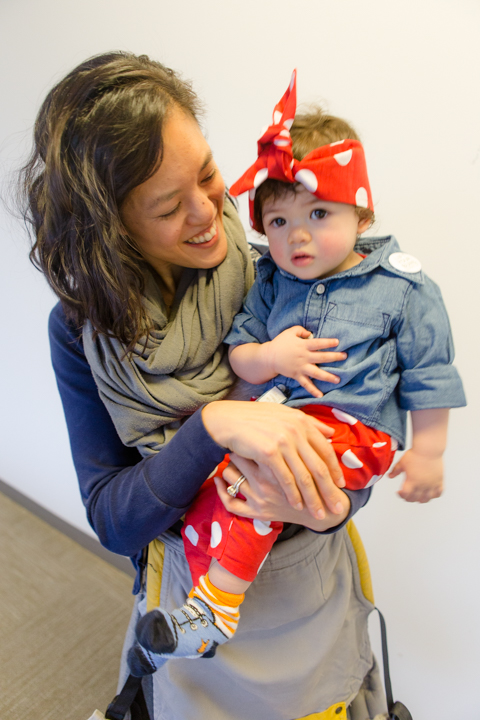 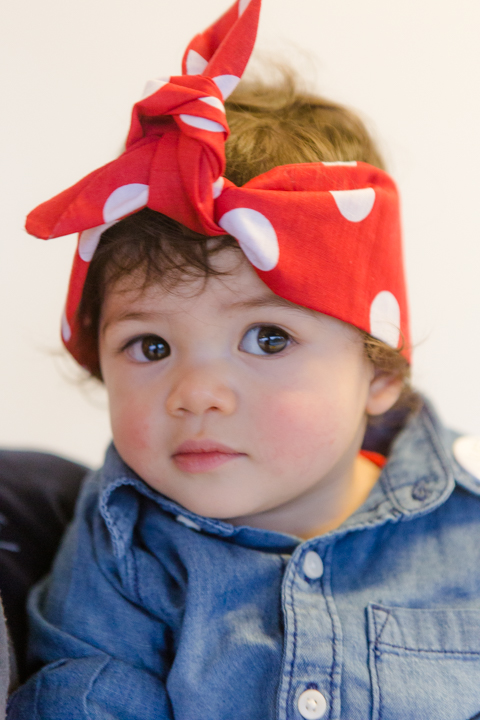 Here is a picture from the office halloween kids party! 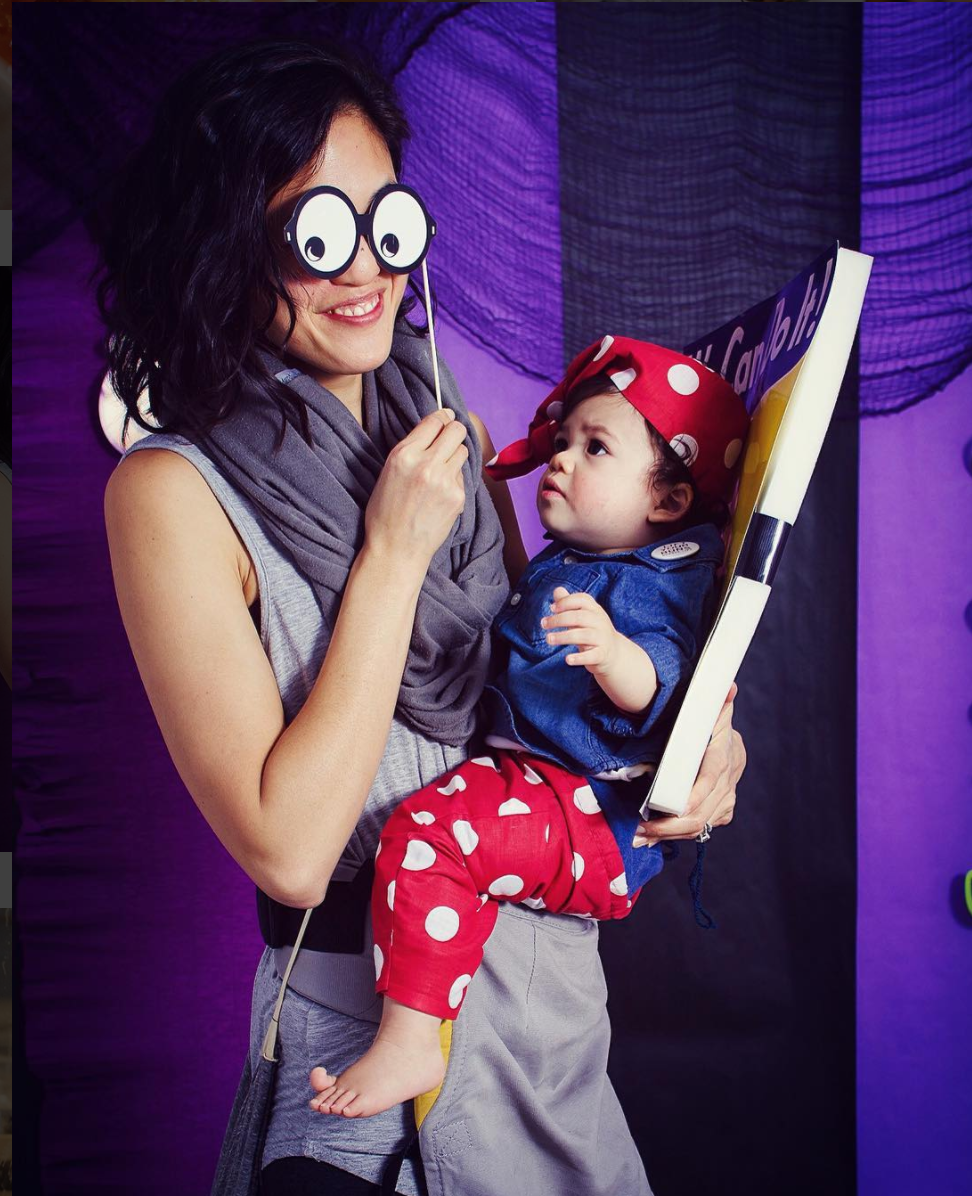 and we spent the evening hoping between block parties in the neighborhood.  Gotta love NYC!! 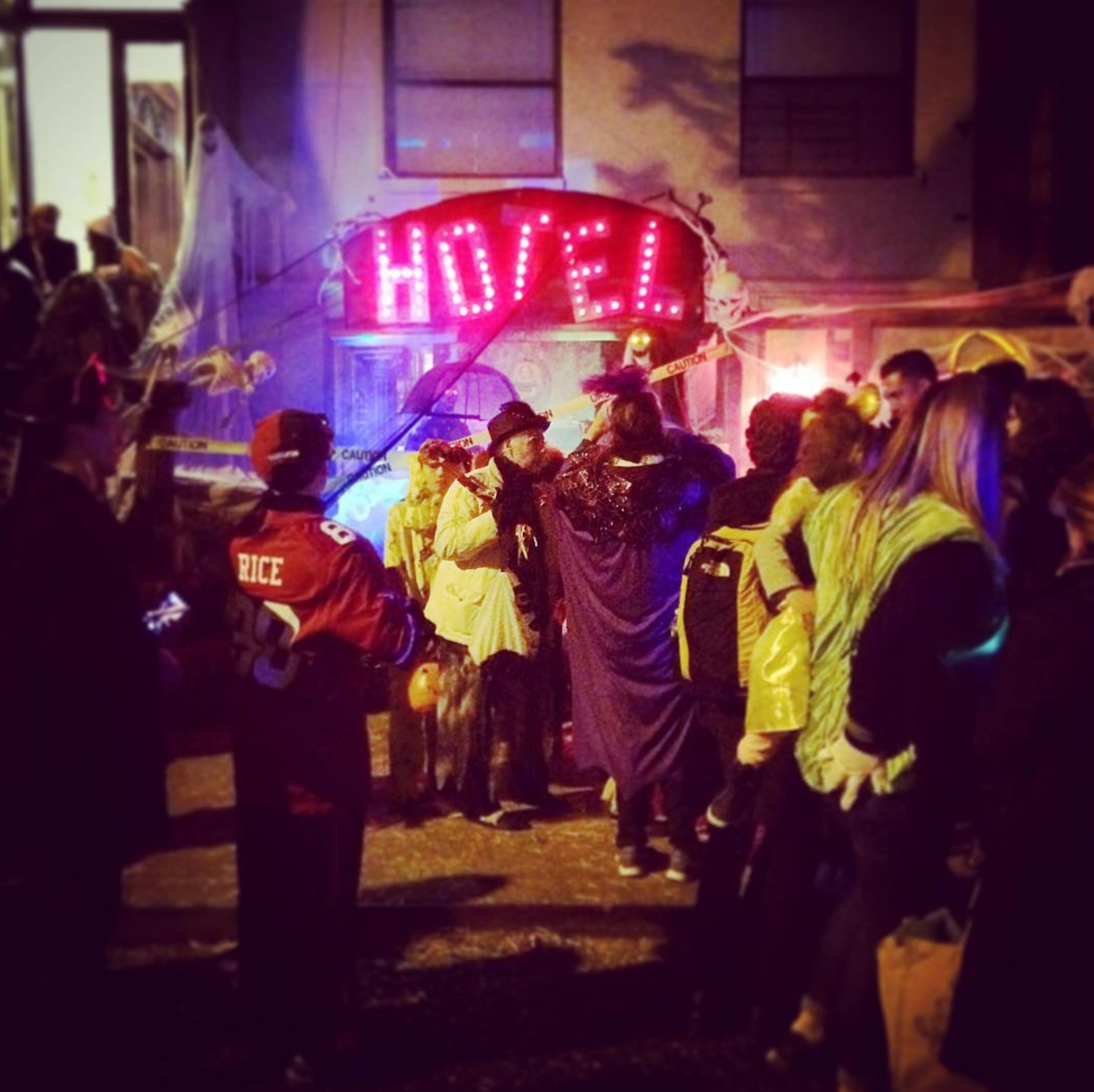 Overall, we had a blast!

Til next halloween!! (perhaps next year dad and I will dress up with you Teagan!!)

Get your FREE guide to

One Simple Technique to Dramatically & Instantly Improve Your Photos

No Fancy Camera or Software is necessary!

Check your inbox for your pdf guide!

Be the first to readthe book!

Sign up to be notified as soon as the book is ready!

Check your inbox and on @jazzkatat instagram acct for the winner in the next coming weeks! (There will be more than one winner) In the meantime, join me in the Perfect Imperfect Life FB Group [ http://bit.ly/jazzkatat_FB ]to share what you learned and to learn from me and others on how to design your own Perfect Imperfect Life through visuals and mindset! Cheers, Jasmine